Roanoke is the retail center of southwest Virginia, highlighted by shopping malls, specialty boutiques, art galleries, furniture warehouses, antique shops and much more. Visitors and residents alike have the opportunity to enjoy both familiar national chain stores and original stores unique to the Roanoke Valley.

Over 190 shops operate in downtown Roanoke, which centers on the Farmer’s Market, the oldest and continuously running in the state. The Market has been recognized nationally as a "Great American Public Place" by the Lyndhurst Foundation alongside other winners such as the Vietnam Veterans Memorial in Washington and Central Park in New York City. Many festivals and events take place in downtown Roanoke throughout the year including Dickens of a Christmas, Festival in the Park and First Fridays. For more information, visit the Downtown Roanoke, Inc. website. 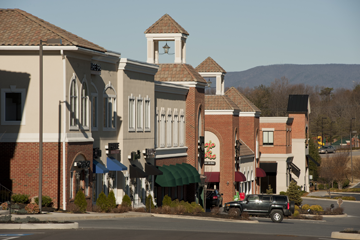